Supplies for Chamarra: A relief trip with Hurricane Supplies 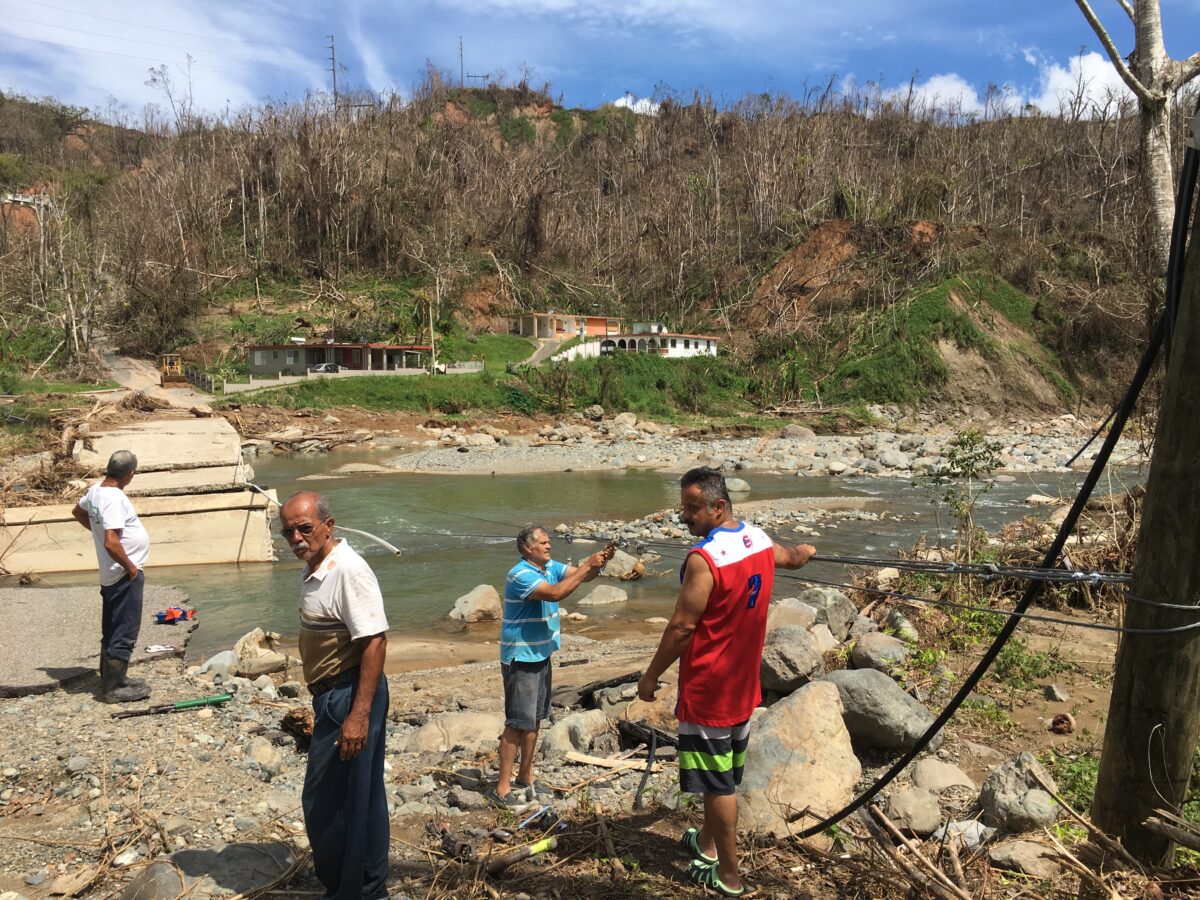 We had originally planned to use most of the money raised from our fundraiser, https://www.youcaring.com/hurricanemaria to make a trip inland once our Amazon orders arrived with the solar-paneled phone chargers and lights. However, the mail system is still not working as it should.  Our Amazon order kept getting pushed back and for unexplainably, part of the order was canceled by Amazon.  Finally, we decided to that we could not continue to wait.  We decided to use some of the funds to do a supply run to Walmart and go immediately to some of the people in need.  We arrived to Walmart to see a huge line, guarded by police and national guard.  We were relieved to find out that this was the line for the ATM and not the line to enter Walmart.  We each grabbed carts and strategized as to what we should buy.  Bottled water was at the top of our list. 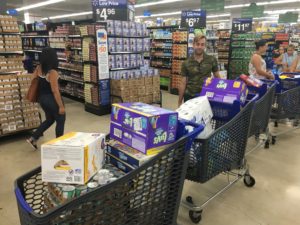 We soon realized that there was no water for sale – they were sold out and possibly a shipment would arrive later that day.  We loaded our carts with tuna, canned sausage, disinfectant wipes, toilet paper, fruit juices, diapers, hygiene products and other essentials until we had 2 full carts and more than $500 of supplies. Our next problem came at check out.  The cashier explained that there is a limit of what we could buy (10 cans of tuna for example – whereas we had close to 200). 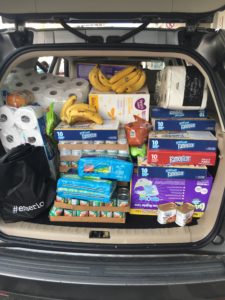 Even after explaining what we planned to do, she said that there was nothing she could do.  Fortunately, one of the volunteers with us works for the press, and with his press pass, we finally gained credibility and they allowed us to buy the extra items.  This fit (barely) into our SUV.

We took the opportunity to ask the local police (still keeping the line for the ATM under control) where would be a good area that needed our help.  The officer started listing off names of towns, one after the next, without slowing down.  We soon realized that we would need to do these trips more often.  We decided on the city of Utuado, about 1 hour west of us. 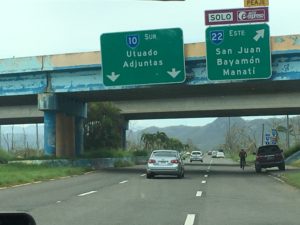 Utuado, like many cities, was severely affected by Hurricane Maria.

We arrived to Utuado, a city of about 35,000 residents.  We then asked the locals in Utuado where our supplies would be the most useful.  They pointed us to the community of Chorreras. This was not easy to reach.  The roads became more and more like an obstacle course, with electric poles, wires and trees to avoid.  We finally found the road sign to Chorreras, only to find that the main bridge had collapsed due to the storm. 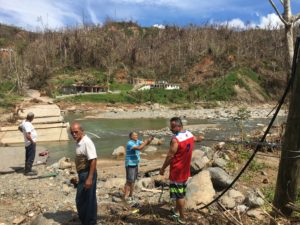 The town of Chorreras is on the other side of the collapsed bridge.

We witnessed a few people from the local community who had made a home-made zip line to reconnect Chorreras with essential supplies (by placing food and water in bags and zip lining it to the other side).  They were still setting this up so we decided to try the other route into Chorreras…a steep and windy narrow road.  With our SUV, we were able to get into Chorreras.

We were told that Chorreras has approximately 89 families, basically cut off from the rest of Puerto Rico due to the collapsed bridge.  Our goal was to find the families hardest hit that could use assistance.  We did not have enough for 89 families but we tried to distribute the supplies as best as possible.  Some food, some juice, some cleaning supplies.  We came to realize that the community was not waiting for government help…They were all standing up to help each other.

We met some amazing people that day.  People that had lost everything, yet offered to give us some extra canned goods in case there were others needing it more than they did.  Others told us of families that would need a visit and supplies. 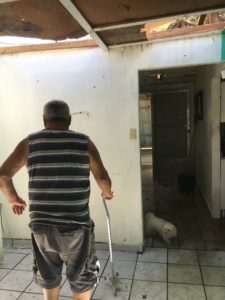 His home lost its roof and now he lives with other family.

So many homes destroyed.  No running water.  Infrastructure completely in ruins.  We realized how lucky we have it in San Juan.  But Chorreras is not alone.  There are smaller cities throughout Puerto Rico, many worse off than here.  Today we are making another trip inland, this time to the area of Manati and the hills above it.  Thank you again for your donations.  They are making a difference. 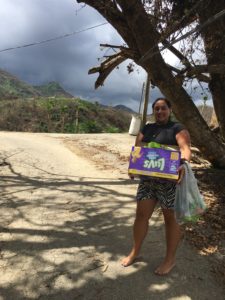 A local from Chorreras, happy to have some supplies.