Hurricane Maria: What needs to be done now to prevent a humanitarian disaster 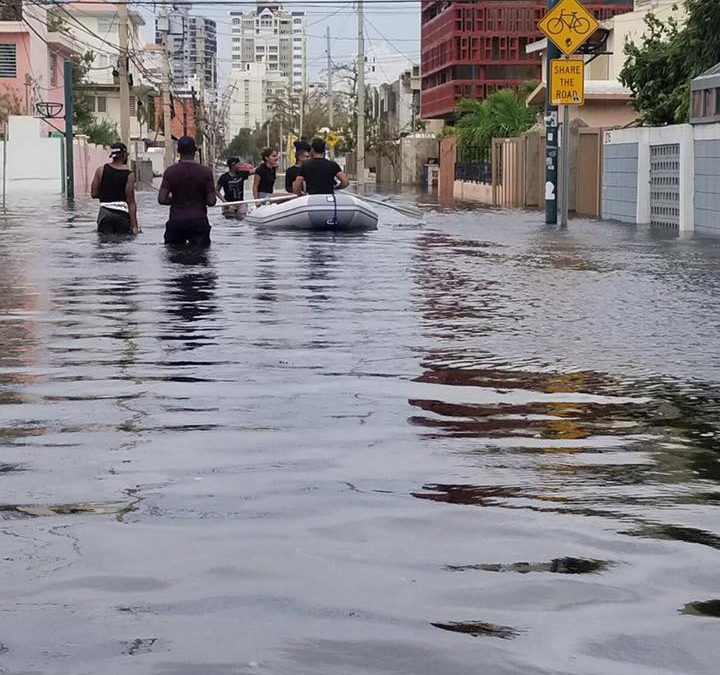 Hurricane Maria devastated Puerto Rico.  The impact and destruction have never been seen on this scale before, not in Puerto Rico, nor in any of the states.  Katrina seriously impacted New Orleans and surrounding cities.  This is affecting the entire island of Puerto Rico – more than 3 million habitants. 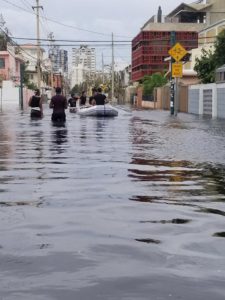 Ocean Park in Puerto Rico, like so many other areas, remains severely flooded. No electric. No city water.

There is not a true count of the death and injuries thus far, as there is no electricity on the island and communications are more and more complicated.  The roads are severely flooded.  The city has cut off water.  One can only imagine that either the city infrastructure (pumps to get fresh water to the people) have no gas/electricity or that the reservoir has been completely contaminated by salt water.  Either way, no fresh, treated water from the city can be expected in the near future.  At best, days.  Some have cisterns filled with water, though without conserving this for drinking only, this will be quickly depleted.  There are already many already with no drinking water.  As there is no electricity, there is no way to sell things:  no visa/mastercard.  No ATMs to get cash.  Very few places can open as the employees cannot arrive due to the flooded roads.  As money is now meaningless in much of Puerto Rico, and there is no food or water, many grocery stores have been pillaged for survival purposes.  And this is the beginning.  When people are hungry and thirsty (many now and most of the 3 million inhabitants very soon) things will get worse.  The emergency workers/police and their families are in the same situation as everyone else.  No electricity.  No water.  No way to get to many areas in Puerto Rico.

WHAT NEEDS TO BE DONE NOW

Without both massive private and public help, this will turn into a humanitarian disaster unlike any the US has seen.

FINALLY, and a bit more long term, the infrastructure repairs should be done in a way with a focus on SOLAR and WIND energy, with grids that are not dependant on one another.  Another hurricane will occur one day (the season does not end until November 30th), and this is the opportunity to make the needed changes to the outdated and very expensive energy infrastructure of Puerto Rico.  Currently, the electric company buys oil from the USA, ships it to Puerto Rico, and uses it to in their outdated electric plant to make electricity, distributed on outdated electric lines that need constant repair on a regular basis.  This is one reason that Puerto Rico has the most expensive electrical rates in the entire US.  By making smaller, localized grids of power, it would be highly unlikely that any one incident would shut down the entire island.

WHAT CAN YOU DO?  Contact local companies for their support and donations.  Food/water/money/logistics.  If you have contacts in the airline or cruise ship industries, or in the government/military, let them know that action is needed now.  The emergency organizations are not equipped to deal with an emergency of this size…This needs to be a massive, private and public assistance effort.  It cannot wait. PLEASE FORWARD AND POST THIS BLOG POST.

We are directly in touch with people on the ground in San Juan, Puerto Rico and coordinating immediate relief as well. We are providing items requested by personnel on site, such as solar phone chargers, hand crank chargers, and updating this list daily.  If you would like to donate to this fund, please do so at https://www.youcaring.com/hurricanemaria